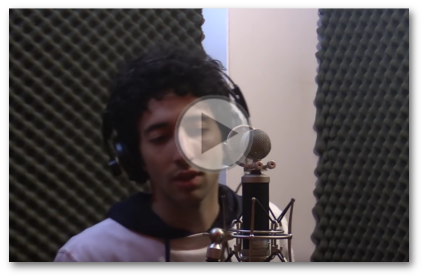 You know….for some reason, I’ve never liked music from the 80’s. Everybody who knows me well enough, knows that! lol 🙂
It’s all about the sound I think. I prefer “warm sounds” and real instruments, instead of keyboards, synth and all those modern electronic sounds.

But there’s a problem with this…..sometimes I tend to underrate some really nice song from that period, only because of its sound! And that sucks! 🙂

Today’s video is about one of those songs. And it’s written by one of the artists who inspired me the most : Stevie Wonder
It’s “Cryin’ through the night” from his “Characters” album, released in 1987.

In fact, I never noticed this song until I found a rare recording of him, playing this song with his band, back in the early seventies when he originally wrote it.
In that recording it was a totally different song to me! So much different from the album version…..
Unfortunately, it was only an excerpt and seems like there’s no way to find the full recording. 🙁

So, I decided to record it myself, trying to reproduce that “vintage vibe” and mood of the earlier version. 😉

P.S. As always, every instrument has been played by me!

Leave a Comment Your email address will not be published.
Required fields are maked *